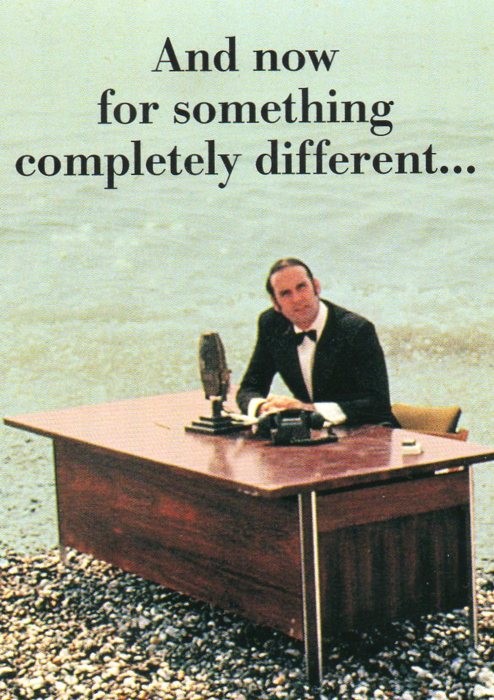 In an attempt to both kick-start myself back into writing/blogging and to try to take some time off from work-related  stuff, I thought I’d write about something completely different.

I’m not going to talk about the virtues of this divine dish. I’m sure you’re aware of those. If you’re not, I offer thoughts and prayers.  All I’ll say about the virtues is that, in my opinion (which is correct), ice cream, along with true barbecue makes for a complete, balanced diet when supplemented with an appropriate beverage.

No, I’m going to divulge what I’ve learned making ice cream.  The secrets. Making ice cream is one of my favorite “hobbies”.  Over the years I’ve had plenty of friends and guests rave and gush about my ice cream – enough to confidently say they’re not just humoring me. So at the risk of letting the secrets “out” so everyone can make their own stuff and not need to grace my summer barbecues and cookouts anymore, I’m going to talk. After all, with COVID,  the cookouts are pretty much just Sue & I these days anyway.

First off, making ice cream has few rules. Everything’s more like a guideline. That’s one of the fun parts. Forget the “recipes”. Just grab some stuff and try making something new.  So here’s what I’ve discovered from my experimentation.

As I said, there’s no real recipes per se. It’s not precise. As a general starting point, start with equal parts: a third cream, third “milk”, and a third flavor.  Depending on specifics, you can vary the proportions. I’ve gone 30-40-40 and I’ve gone 40-40-20 for other things. Experiment. That’s part of the fun because you get to eat it to find out how it worked.

Don’t mess around. It’s called ice CREAM. Use heavy cream. If you’re really, really desperate, you can use half-and-half or light cream, but it’ll show. With half-and-half, increase the “cream” part and decrease the milk portion.  Cream gives it so much texture and taste.  If you make cream and low-moisture milk for the bulk of the mix, then there’s no need for custard, which means no heating stuff and tempering eggs, etc.  It’s easy. Just mix the ingredients and churn.

You could skip the milk I suppose and just go full 60-66% cream, but that’s often not necessary and milk will go a long way to giving you the volume you’ll want.  The key here is…

PRINCIPLE #1:  Water is your enemy..
The higher the water/moisture content in your mix, the worse your texture will be. If it’s too high, then after it’s churned and you finish it in the freezer (“set up”), it’ll be so rock hard you can’t even chip it. Instead of scooping, it will flake. Obsess about the moisture content. You can put all kinds of things in ice cream, but just make sure they don’t bring water.

So given the no-water principle, that means skim milk, 1%, or 2% is out.  Whole milk is better. But there’s something even better than whole milk: evaporated milk or sweetened condensed milk. These come in cans so feel free to stock up a big pantry so you’re always ready when you get the cream.  Which one to use, sweetened condensed or evaporated (unsweetened)?  That depends on the flavor ingredient chosen.  Either one provides a great silky, smooth texture and helps keep the ice cream from getting really hard in the freezer.

Here’s where the magic happens and the most flexibility comes in. Ideally you want something provides both flavor AND sweetening, which brings us to Principle #2.

PRINCIPLE #2: Sweet is needed, but there’s no reason to just add sugar. You have to get sweet in there somehow so make either the milk or the flavor ingredients do double duty.

What you need is anything that’s a source of great flavor – but remember principle #1. The easiest things to use for flavor are syrups.  Check out what bartenders or coffee baristas use for syrup flavoring.  My go-to for simple, easy coconut flavor ice cream is Real Coconut syrup for cocktails. . I just use the coconut syrup as the flavoring ingredient. It brings a lot of sweet on it’s own, although I might use a 1 can of sweetened condensed in the milk along with some plain evaporated milk.  Real has other flavors too.

Another alternative to cocktail syrups are the syrups used by coffee barristas to make flavored coffee’s and latte’s.  Another fantastic and easy solution is maple syrup (it’s not just for pancakes!).  Just use it straight – but makes sure you use the real thing, not some flavored high fructose corn syrup. The beautiful part of syrup is the flavor is concentrated and there’s minimized water content.

Now let’s suppose you want some fruit flavoring but don’t want to use a pre-made syrup. There’s three approaches I’ve used successfully for fruit flavoring. First, frozen fruit juice concentrate works well as is. I’ve had some great orange ice cream that way.  Thick and low on on moisture and it’s concentrated flavor.

A second and third approach is to use either canned fruits (heavy or natural syrup is better) or fresh fruits.  Put the fruits in a blender and puree them. If you suspect there’s too much water in the fruit puree, then add a packet or two of plain, unflavored gelatin to the puree. The gelatin will keep the water content from freezing into ice.

If the flavoring is strong enough but not sweet enough, then that’s when to use sweetened condensed milk instead of evaporated milk.  You could, of course, just add sugar, but I try to avoid that if possible. If you’re worried about calories from sugar, I’ve found that stevia extract, both powdered and liquid, works well.

When you’re ambitious, you can make your own concentrates/syrups.  I’ve made Sangria Wine ice cream a couple times, but it takes time.  I start with a bottle or so of Sangria wine and some fruits and a bit of sugar. I reduce the wine to a syrup. Bring it to a boil, then simmer until it thickens up. It’ll take a long time and need watching, but it’s worth it.  Wine ice cream, especially sangria, on a summer cookout is FANTASTIC. Warning: cooking down the wine to a syrup will NOT eliminate the alchohol.  Prohibiting access to children or drivers is advised, as well as portion control for guests is advised.

One last ingredient:  always add a tablespoon or so of vanilla extract.

I don’t use any fancy “ice cream maker” machines. I’ve got two churns. The first, my favorite, is a Hamilton Beach old-fashioned aluminum-bucket-in-ice-and-salt mix style.  It works best. Classic but with an electric motor.  One tip if you use it. The motor won’t switch off automatically if the mix gets really, really thick and the beaters stop. So just keep checking it.  I’ve lost 2-3 motors that way. But it’s so low-cost that I’m still ahead.

The other churn is one of those “freezable” bowls with special beater attachments for the KitchenAid mixer.  It works OK, but it only makes 2 quarts or less and it’s more sensitive to the temperature of the ingredients. The bowl can only lower the ice cream temp so much, so you have to start with a really cold mixture.

PROCESS TIP: After preparing the mixture, put it in either a really cold refrigerator or freezer first before churning. If you can lower the mixture temp to the mid-30’s (F) before churning it just makes it a lot easier and quicker to churn.  The churn can only lower the temp so much, so give it head start.

Once it’s churned to soft-serve consistency – it will have likely added 20% or so in volume – it’s time to put it in the freezer to “set up”.  That’s when it turns to that delightful smooth, creamy texture.

So that’s it. Enjoy and experiment.